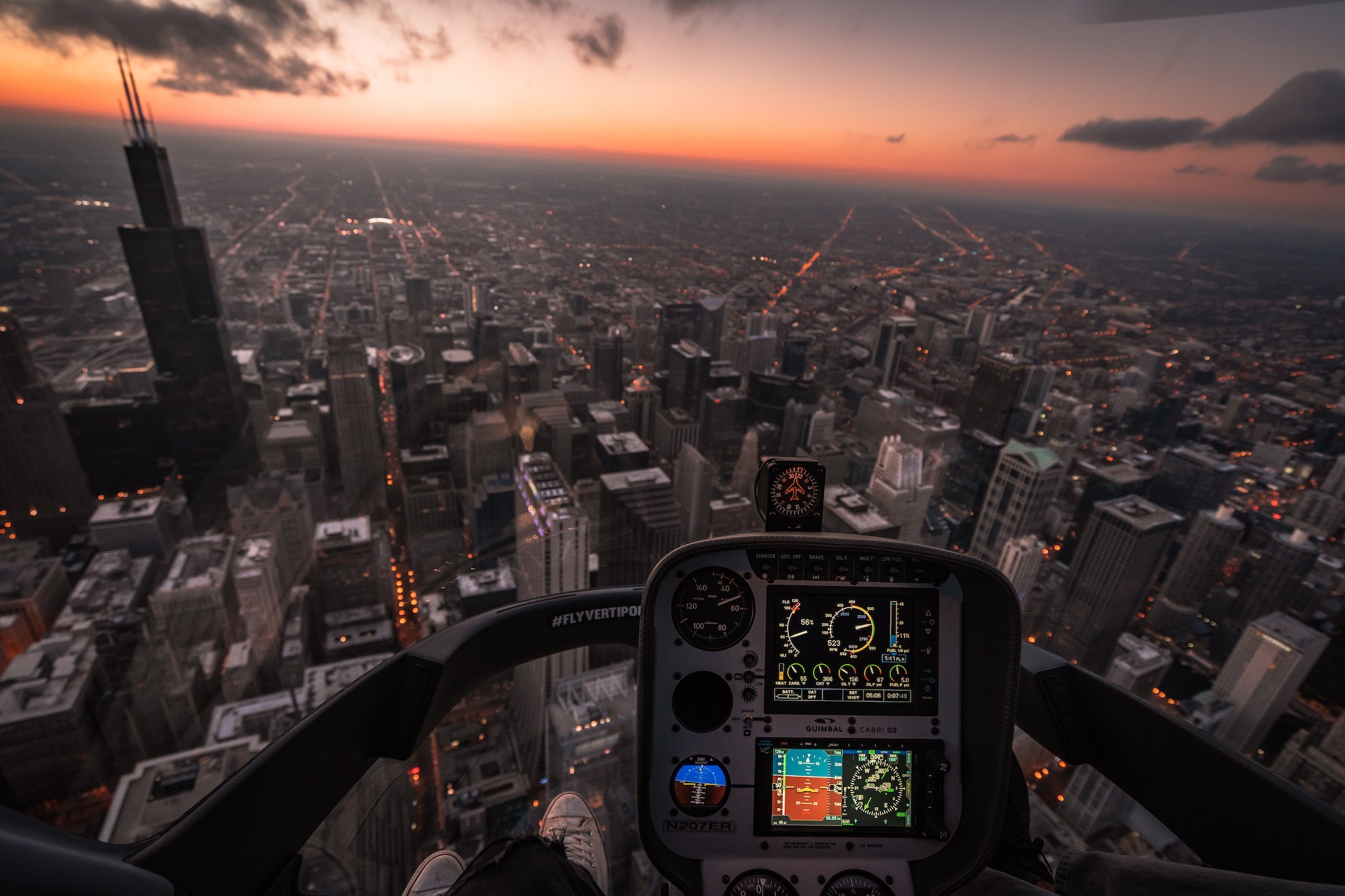 Startups like Kitty Hawk and Joby Aviation, as well as large firms like Airbus, are making impressive strides towards commercialization. I fully expect testing to be well underway by the early 2020s.

Flying electric vehicles are at an exciting inflection point I’ve seen again and again in the tech industry: The point Steven Johnson calls “The Adjacent Possible”. In Johnson’s awesome book (well worth your time), Where Good Ideas Come From: The Natural History of Innovation, he explains that most innovations are not sudden flashes of inspiration. “Adjacent Possible” innovations come from the combination of what’s already available (“spare parts”) in new and remarkable ways. Looks to me as thought we’re ready to watch a whole new EVTOL industry emerge from the marriage of what’s already available, like advanced lightweight materials, cutting-edge sensors, digital signal processors, and AI software.

Listening to the heavyweights speak about air taxis at the Churchill Club, three themes cut across all the perspectives. The “big three” challenges for EVTOL on everyone’s mind, in order of priority, are:

Manufacturers make a pretty convincing case that EVTOL systems can be made safe if they are redundant from tip to tail. Everyone took pains to describe redundant, independant, parallel subsystems. For example, at the front end, multiple independent lift fans protect from motor failure or a bird strike. There are 2-4 independent controllers stuffed into these aircraft, wired in parallel. And it’s a reallybad day if the vehicle loses power, so the battery system is divided into four separate sections for redundancy.

Security, particularly cybersecurity, is an issue with all autonomous vehicles. I’m glad they’re talking about it now. The best mitigation is for safety-critical systems in EVTOLs to be isolated from non-critical components and independent of connectivity to external networks.

The industry needs to work more on this one and they know it. Reducing tip speed is the favored approach with larger, slower blades, but they’re doomed if the noise of EVTOLs drives everyone crazy. Some genius needs to come up with a disruptive solution like digital sound cancellation or soundproofing.

Autonomy is critical to providing an economically viable passenger experience. Even the most enthusiastic boosters of air taxis acknowledged that the cost of a pilot destroys the business viability. Autonomy means no pilot expense plus an available second seat, and at that point, the numbers start to look promising. Uber has done some careful financial work and they argue that air taxis could be comparable in cost to ground transportation once we see decent scale. If all this is interesting to you and you want to read one additional document, I highly recommend the Uber Elevate Whitepaper.

In the short term, autonomous systems will prove especially valuable for freight transport and delivery. I’m looking forward to seeing some of these players – Elroy, Joby, Kitty Hawk, Bell – get moving with freight transport in remote areas as a baby step to greatness.

Everyone agreed on this one: batteries. Storage tech is improving, energy density currently 250 watt-hours / kg, but still no where near the energy density of hydrocarbons. Many of the air taxi players talked about the need to design the aircraft around the batteries, cramming every bit of available space with chemical storage. They also pointed out that as we see larger and larger energy densities, explosion or fire risk increases.

I hadn’t thought about this, but compared to autonomous cars, there’s a much lower “obstacle density”. No curbs, no pedestrians, no stop signs. And the vehicles can all operate at different elevations depending on route. However, manufacturers mentioned that there’s also less data for the machine-learning systems, compared to the mountains of data gathered by autonomous cars.

Ford and GM are “sitting ducks” to be disrupted by a company like Waymo. Similarly, the EVTOL entrepreneurs make a convincing case that Boeing and Airbus are sitting ducks for startups like Joby Aviation.

A great deal of existing work can be applied. From the autonomous vehicle industry, for example, it’s possible to siphon off goodies such as V2V communication technologies, hardware tech like LIDAR, and machine-vision software stacks. Advances in materials science applied to larger aircraft, like carbon-fiber frames, can easily be applied to small EVTOLs.

Can EVTOLs be another “leapfrog” for developing countries? Might developing countries leapfrog over conventional transit infrastructure, like subways and freeways, and go straight to flying vehicles? I sure wouldn’t mind flying over the traffic nightmares in Mumbai. (I’ll wave.)

Talk to me. Are we on the cusp of something big, or have I been taken on a flight of fancy by wild-eyed futurists? As always, I’d love to hear from you.

Articles You Might Like
Blog
QA with Paul Holland, A Silicon Valley Venture Capital Veteran
Jon Gettinger
Blog
A Framework for Startup-Style Disruption
Dave Blakely
Blog
Q&A: Give, Then Get
Richard Kolsky
Blog
Digital Self-Disruption
Richard Kolsky
BACK TO INSIGHTS

BECOME A DISRUPTIVE MIND.
sign up for the mach49 newsletter.
Thank you! Your submission has been received!
Oops! Something went wrong while submitting the form.
The DifferenceThe ExperienceInsights
PeopleThe TeamCareersLet’s Connect