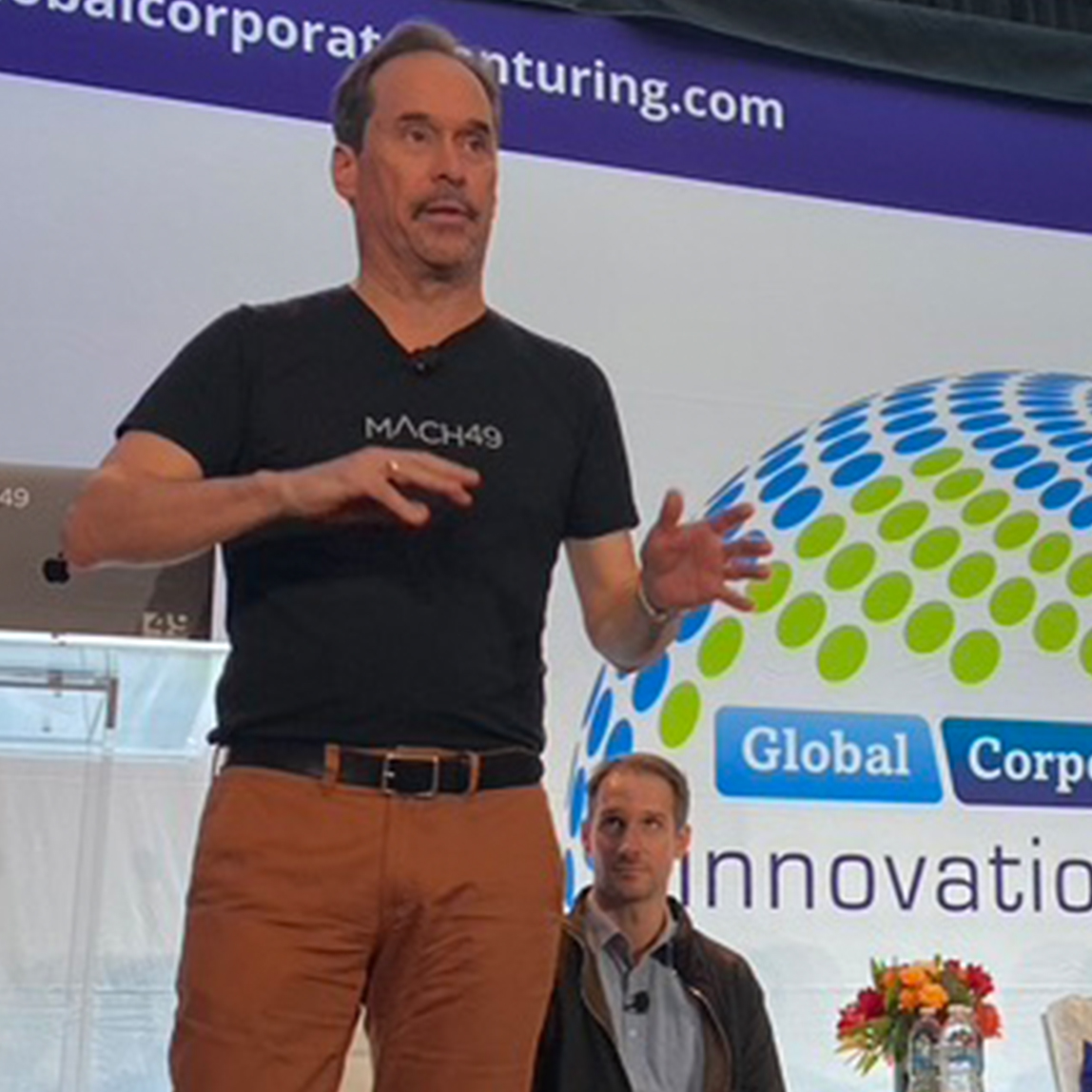 As we recently announced, Paul Holland has joined the leadership team at Mach49. As Managing Director and VC-in-Residence, Paul leads our rapidly growing Corporate Venture Investing Practice. Last week, I sat down with him to discuss his career trajectory and corporate investing in the context of today’s evolving disruption economy.

Why did you make the jump from venture capitalist to helping large companies do a better job investing in innovation and growth?

So the first third of my career was working closely with trusted business partners, and now very close friends, and making these software companies worth billions of dollars.

The next third of my career was the 18 years I've spent at Foundation Capital learning how to become a venture capitalist at a top-tier firm. At Foundation, we have taken $3B of investor capital and to date have turned it into $300B of market capitalization. I was fortunate enough to have led our investments in companies like Chegg, which went from $20M to $5B in market cap and MobileIron, which went from less than $1M in annual sales to over $200M today.

For me, the last third of my career is dedicated to applying all the things I learned in the first two thirds. My goal is to help large companies learn skills the Silicon Valley has taught me over the last 30-plus years. So I'm dedicating the next phase of my professional career to helping clients improve their corporate venturing and investing practices. That’s the best way I can help share the knowledge and insights I’ve learned after being part of $20B in Silicon Valley value creation.

What is the opportunity you see to impact corporate investing?

We are at the beginning of what I would consider the 3rd generation of how global businesses work with and invest in the venture business. The first generation, which started way back in the 1990s, I call the Dabbling Era. With a few notable exceptions, big businesses simply didn’t take investing and partnering seriously — and it showed. Performance was terrible, and a lot of bad blood was created within the venture community.

The second generation emerged around 2009 — I call it the Disruption Era. In this time period, we see the rise of serious corporate investing, driven by the realization at the CEO and board level that, regardless of what industry they were in, their business was at serious risk of being disrupted by some set of well-funded startups, and they needed to act. According to industry sources, roughly 75% of the CVCs were started in the last 10 years. We see companies becoming much more sophisticated in the way they work with the venture community and the emergence of a set of top performers that are pushing the envelope on performance and partnering.

Now we stand at the beginning of a new era, which I think of as the Collaboration Era. There are several themes here. First of all, corporate investing as a function is spreading and becoming more prevalent. Where it used to be the domain of $100B+ global giants, we are now seeing companies in the $1B range and even smaller, get into the game. With this comes a tremendous need for a playbook for success, which is what we provide based on our work as top-tier VCs. Additionally we are seeing the established players moving beyond investment and CVC and inventing new ways to collaborate with the venture community. Lots of experimentation is going on here, and our role at Mach49 is to evaluate it, take the best of the best and bring it back to our clients in an adoptable form.

Why should an entrepreneurial genius stay at a large company instead of venturing out on his or her own?

There are three types of people inside large companies who do really well in corporate growth environments: There’s the intrapreneur who thrives on creative chaos. They have ideas that drive the innovation pipeline. There’s the growth genius who runs with the best ideas and knows how to grow them, fast. And then there are efficiency experts. They’re the ones who know how to manage and scale a business, reducing costs without compromising quality.

Those three personas exist in global businesses, just as they exist here in the Silicon Valley. It's just that Silicon Valley is especially good at developing those personas and giving them an opportunity, and large companies are especially bad at doing that.

Mach49 is the skeleton key to that business challenge. We come in and unlock capability, "We're going to create a Silicon Valley-like environment for your people that will let them blossom and create new growth ventures that will contribute to your top line."

In Silicon Valley, it's popular for young entrepreneurs to refer to large companies as dinosaurs. They're out of touch. They're not technically savvy. Their workforce is too old, and so on. They only see the disadvantages.

At Mach 49, we see the advantages. We know first-hand that dinosaurs can eat the unicorns with the right approach to building ventures. Dinosaurs have the ideas, talent, core competencies, assets, capabilities, capital, and customers to beat the unicorns at their own game.

If you're a car company or a consumer-packaged goods company, you might have hundreds of millions of customers. That’s an enormous advantage, which is a compelling reason for an entrepreneurial genius with a billion-dollar idea to stay put.